Why stress is high as grades, satisfaction fall 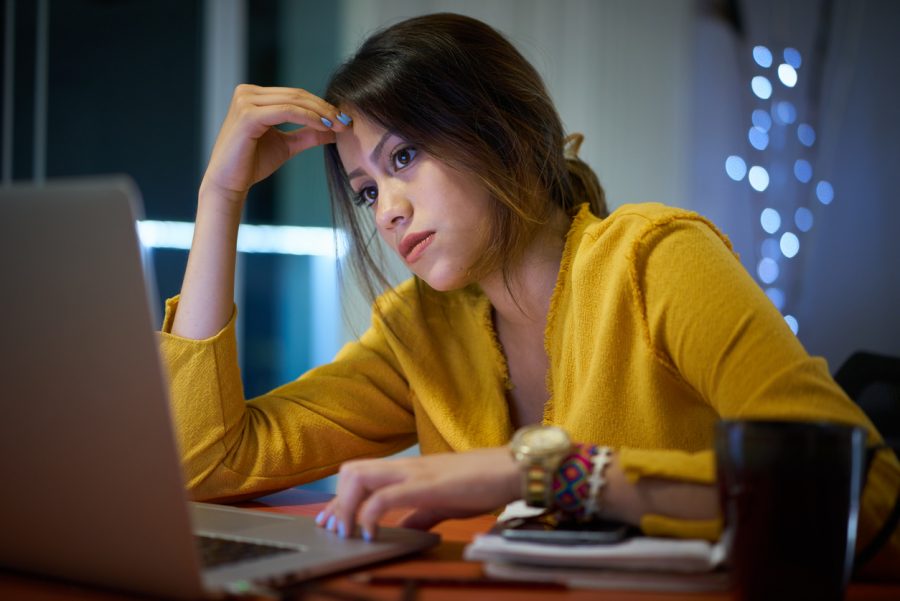 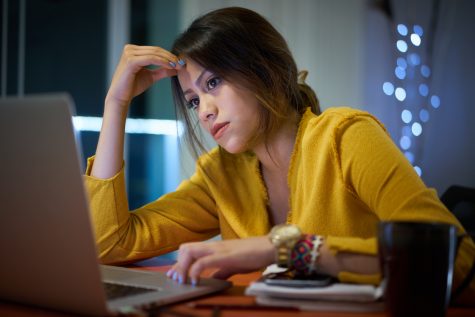 We have moved onto remote learning online thanks to COVID-19, causing students to have a decrease in motivation and satisfaction while encountering a massive increase in their levels of stress.

About 60 percent of students at Springfield Honors Academy reported in  a recent survey that they are more stressed now than when they were in a physical school.

“The amount of stress and work that has come with school isn’t working,” said Matthew, a sophomore. “Students are complaining about the amount of work they get and how little time they have to themselves.”

SHA students took a survey on November 5-6 on the subject of stress as well as other issues. Answers were mostly the same throughout all grades, with the majority of students reporting greater stress during remote learning. Of the 200 students who took the survey, 117 reported more stress, as the chart below shows. 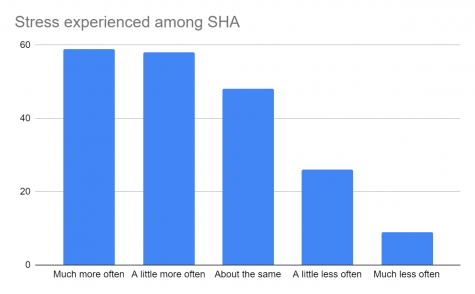 “ I am quite stressed,” said junior Ada Rodriguez, “and overwhelmed with the school work given.”

While Principal H-D said during a December press conference with The Griffiner that administrators and staff were adjusting workloads due to the pandemic, many students nonetheless said they were feeling overwhelmed.

“It’s honestly stressful,” said junior Rosa Pascuel,  “and I feel like they assign more online than when we were in school.”

There have also been struggles with finding the motivation for students to attend classes and get their work done in a timely fashion.

“Since classes are held online and you can decide whether or not to attend by simply staying in bed, these classes feel in some way optional,” says sophomore Lenalisse Rodriguez, “and that for many may be really bad for their grades because they are in fact, not optional.”

In fact, two-thirds of students reported a lack of motivation: 38 percent of the students were neither motivated nor unmotivated, and 29 percent reported being unmotivated or very unmotivated. Due to school feeling more optional in this time of despair, student participation and grades have been declining.

This phenomenon of falling grades is seen throughout the country, putting many students at a massive disadvantage. At high schools of Oregon, New Mexico, Texas, and Minnesota, an average of 40 percent of students had failing grades during this pandemic, according to a recent survey.

“Remote learning has had a similar impact on SHA as it has across the globe where there’s been some increase in failing percentages,” said Principal H-D. “But we are not accepting those statistics, we are working to combat that the best we can.”

She added, “We are going to keep fighting the good fight.”

But it appears to be an uphill battle. Only a third of SHA students are satisfied with virtual learning, according to the poll. A quarter of them said they are dissatisfied, with the remainder expressing neither satisfaction nor dissatisfaction.

“Honestly it’s hard, I wish we were more prepared for this,” said sophomore Leoni H.  “It’s hard learning from home because everyone learns differently, you know? Not all of us have the ability to sit in one space all day and stare at a computer.”