What Were You Wearing?

How to stop sexual assault stigma before it starts 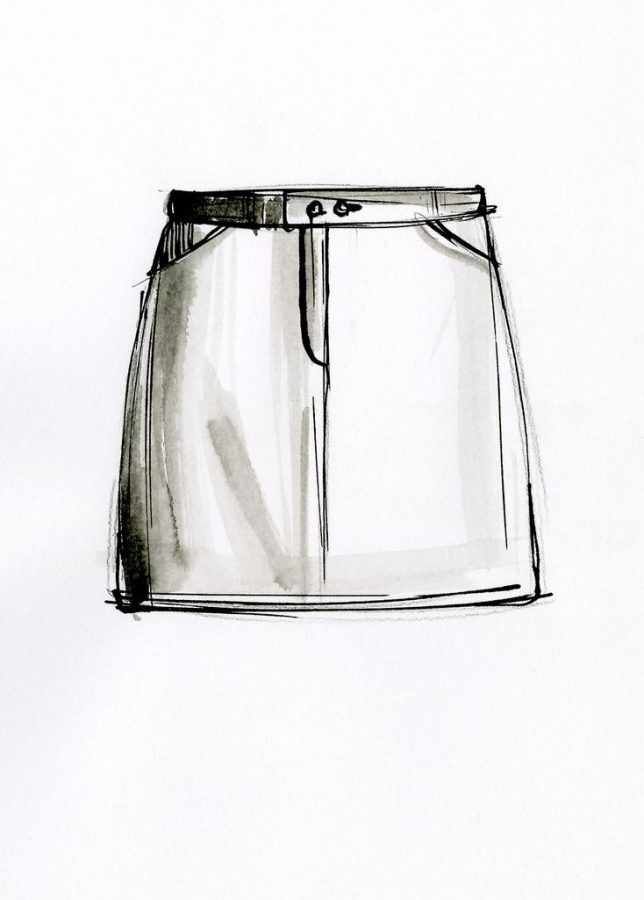 A little girl wearing a My Little Pony T-shirt was asking to be raped? An art exhibit in Brussels, Belgium first put on display in 2013 at the University of Kansas showed outfits worn while people had been sexually assaulted. The clothes ranged from a pair of pajamas to a little girls pink dress. Where these people “asking for it”?

Young men and women today view clothing as a prominent factor in an assault and acts of sexual violence, this being just one of many inaccurate popular stigmas around sexual assault. A study done by The Independent showed that 55 percent of men believe that the more revealing the clothes a woman wears, the more likely it is that she will be harassed or assaulted. Women are not exempt from carrying on the stigma either with 41 percent believing that revealing clothes invites unwanted sexual advances.

These young minds have adopted their naive points of view from their elders. Their parents and the generations before them are to blame for these harmful stereotypes. They pushed this idea of what you wear defines you and have carried the stigma down through the minds of their young ones and into the hard wiring of today’s youth. Habits take time to develop and kids should be taught from young how to deal with assault and stop the stigmas before they begin.

“Maybe it’s as old as time. In the Bible, the first thing Adam said to God was, ‘Women tempted me,” says Noeline Blackwell head of the Dublin Rape Crisis Center located in Ireland. A common myth associated with assault is that certain behavior or clothing provokes attacks. However, in the majority of cases the offender is known to the survivor. For female survivors in 45 percent of cases the offender is an Ex or a partner. In 38 percent of cases the offender is a family member or someone that was known to them and in only 13 percent of cases the offender is a stranger. In a majority of these cases the offender had known the victim before committing the assault meaning the offender had the patterns of violence set in place far before any “behaviors” of the victim had “provoked” them.
“I have heard ‘the girl dresses like a slut or a whore so what does she expect?” / Catherine Livingston
A victim of sexual harassment who asked to remain nameless stated she was assaulted 3 times in her life. Once by her neighbor, another time by a man offering her a ride home, and a third time at the young age of 8 by a trusted well known neighborhood gentleman. “ When I was assaulted as a child I didn’t know what was happening because I had never learned, I just knew something felt wrong and  I ran. I never told my mother because I was playing hooky that day and I didn’t want her to find out.”

Catherine Livingston, a licensed mental health counselor in Massachusetts says, “I grew up in a small town. When violence occurred, people often “blamed the victim” for the incident.” She states “I have heard it stated when I was in high school, that ‘the girl dresses like a slut or a whore so what does she expect?” During her experience as a therapist, one of the most common stigmas around assault was that sexual violence is the fault of the survivor.“I have never experienced a case where this would be a fact. However, almost always, at some level, the survivor blames him/herself for the event,” Catherine says.

Just like children learn that stealing is wrong from young, children should also learn how to address acts of violence and assault.

Studies show that 1 in 6 boys and 1 in 4 girls are assaulted before 18. To challenge this statistic an awareness organization, No Means No Worldwide, teaches girls assertiveness, boundary setting rules, and self defense. They also teach boys to challenge rape culture, ask for consent, and the use of bystander intervention. The organization pride themselves in giving students skills to stand up to inappropriate behavior at a young age and create a culture of mutual respect.

“Bystander intervention is not about approaching women as victims or potential victims, or men as perpetrators, or potential perpetrators, rather, it’s leveraging the people in the environment to set the tone for what’s acceptable and what’s not acceptable behavior,” says Jane Stapleton, co-director of Prevention Innovations Research Center.

Some may say that teaching children bystander intervention does not address the underlying conditions or causes of sexual violence and that the such claims misplace blame on the survivor and not the offender. That is why children shouldn’t solely be taught how to defend themselves from physical violence but should also learn psychological skills and assertiveness training to help reduce fear, increase self control, enhance positive body image, and create a sense of empowerment and self worth. Along with this training should be ways to address those who spread certain stigmas around clothes or any other harmful and untrue stereotypes.

The anonymous survivor explained how the man who assaulted her at the age of 8 had offered to help her grab a fruit off the branch she couldn’t reach. It was raining and he brought a paper to cover their heads; he was nice. He then began reaching up her dress and attempted to remove her undergarments. “What else could a naive 8 year old do but run,” she said.

Every day, men and women of all ages are being violated in the most inhumane ways possible. Every minute a child’s innocents is being stripped away. We can stop the violence. We can stop the stigma, one child at a time. Don’t let it be your son, daughter, brother, or sister next; will they be prepared? Teach them how to recognize the signs from young and to intervene when they first hear stereotypes starting.