The ONE Problem With Lunch 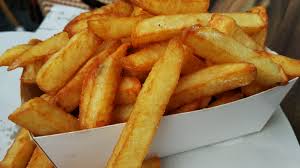 The cafeteria. It’s a place where everyone can speak with their friends and eat, while taking a little break from the day. But SHA’s cafeteria isn’t necessarily like that. You can still eat and talk to your friend, but the cafe is so loud that no one can hear what the other has to say. It is supposed to be relaxing, but it becomes so crowded that bumping into people becomes the norm.

All students are confined to the cafeteria. Being in the cafe becomes boring and stale after eating in the same place for a while, and that same idea really goes with anything.

The idea for eating in the cafeteria was Principal H.D.’s, since she is the head of the school. But if students want to have a nice high school experience, then they need more freedom during lunch time.

Now, there are many different benefits to students being autonomous. According to Duane Moore, an expert in student autonomy, student autonomy “allows for potential increase in student responsibility.” It also “helps prepare students for planning in the real world after high school.”

In this scenario for students, the best thing to do is have the seniors (the juniors this year) get food off-campus during the lunch period. Every other grade would be able to go and eat in teacher’s classrooms.

For the Seniors, they would have a chance to have a reward and get away from school for a while. It would show that they could be trusted with their newfound privilege.They would even have a chance to experience real life lessons. The other grades wouldn’t be confined to the cafeteria anymore, and they won’t have to worry about bumping into other people.

Yes, it might be dangerous to go out alone during the day, because accidents can happen. On the other hand, students will have good tasting food that they have the option to eat, and a wide variety of it. Accidents also happen inside the school too.

For me, the cafeteria was so crowded that people continuously bumped into each other. Some bumped into me and I lost my food. Other times, I wasn’t able to hear my friends who were right next to me.

So, if this is to ever get fixed, than we need all hands on deck. SGA and STUco need to talk for what they want as the voice of the people. Teachers also need to talk to the principal, because they teach the future. And don’t you all want the future’s needs to be met?